From the Old World to the New: The San Franciscan Design and Handcrafted Ingenuity 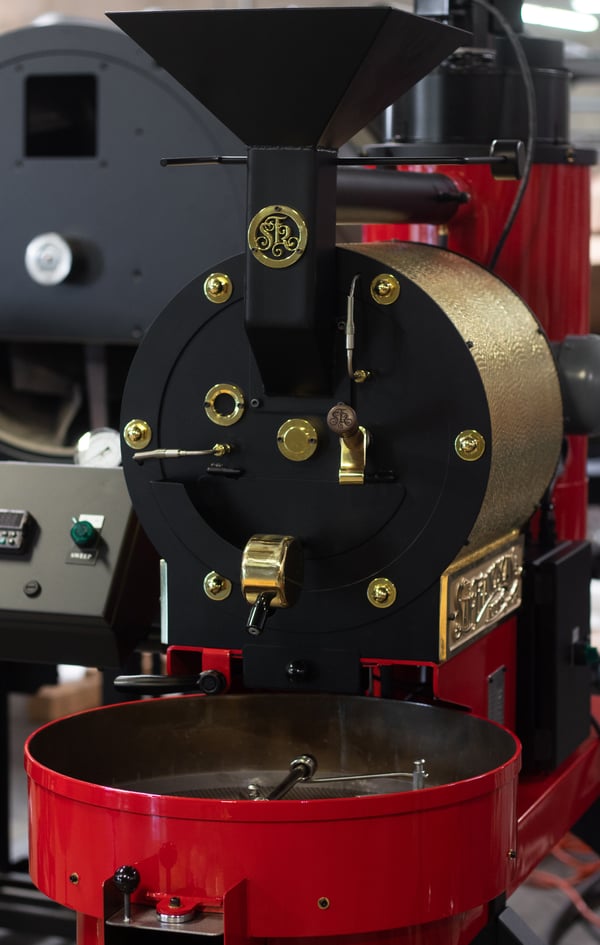 As an arbiter of liberty and proponent of the individual, America has established itself around the world as the leader of innovation and culture. America’s humble beginnings— driven by necessity and a yearning for freedom— bred an undeniable spirit of survival and invention that would transform the Western world. The San Franciscan Roaster Company is a tip of the hat to this unmatched spirit. Like the country itself, our coffee roaster derives its origins from Europe but improved upon the system and design, thereby developing an unrivaled model highly regarded all over the world.


The San Franciscan Roaster is a coffee roaster machine whose blueprint is deeply embedded in the ongoing historical timeline of coffee, but it refuses to follow the status quo of  modern and conventional industrial coffee roasters; instead, we remain loyal to the age of the American craftsman, when production focused on functionality but also relished in detail, was hands-on, dependent upon the human senses, expertise, and knowledge.  This is why the San Franciscan Roaster design— from its engineering to its aesthetic— is unlike any other; its very architecture supports the individual freedom of roastmasters to explore and improve coffee in infinite ways.


The Discovery & Exploration of a Mysterious Beverage


Coffee needs heat to fully express itself. The quest toward finding how to better utilize heat has been the driving force in the development of the roaster design. Preliminary coffee roasting began in the Ottoman Empire, in deep clay dishes over a fire. It was not until the late 1600’s when home roasters developed a cylindrical design. In the seventeenth century, Italy would produce designs of a wrought-iron coffee roaster and Holland would create a small, closed, sheet iron cylinder-roaster with a handle that allowed it to be turned over an open fire.


In the 18th-century portable household stoves made of iron and equipped with horizontal revolving cylinders would come into the scene. In the mid-1800’s, the French continued exploring the method of coffee makers while the English and American inventors were experimenting with the art of roasting and how to improve the quality of the beans. One early commercial method for roasting was improved upon by English inventor Richard Evans who used the cylindrical sheet-iron roaster but added a hollow tube and trier for sampling and a means for turning the roaster to empty it.


It was then a Boston inventor, James W. Carter, created a “pull-out” roaster that expanded the combination of the roaster design with a furnace and adding nuance to the chamber.


The San Franciscan coffee roaster machine draws its origins from roaster history but has improved upon the original principles of the early European roasters. Our machine took all of the positive attributes of the vintage European models and synthesized it with some new innovative characteristics. The new model helped eliminate some kinks and the demanding maintenance, while enhancing the control aspect. This further transformed the machine into an effective tool that facilitates artistic expression via the complex art and science of coffee roasting.

From Cylinder to Calculated Drum

The San Franciscan Roaster design improved upon the concept of rotating and heating the beans in the cylinder. Our machine is made with high-grade U.S steel. We use this instead of cast iron to allow a greater range of control over conductive heat application.


Unlike many of our competitors, we consciously build a single-walled drum so the roastmaster has control over conductive heating. A drum wall that is too thin will suffer from heat transfer that is too rapid. A wall that is too thick will suffer from too much heat retention acting like cast-iron. Thus, the right thickness allows for more control.  At the same time, the quiet operation of our machines allow the roaster access to sensory information —like the ability to clearly hear the first and second crack of the bean and many other fine nuances of the roasting process—that help sculpt a unique roast.


A Machine That Lasts Generations


The San Franciscan Roaster’s engineering makes malfunctions rare and its maintenance straightforward.  Like any well-constructed mechanical system, it will work for a long time if given its due diligence. Old European models required a heavily complex and involved process of cleaning that required scraping your knuckles. With the San Franciscan, much of the venting happens outside of the machine. Our coffee roaster machines make maintenance more convenient by:


It’s not a secret, we have the best looking machines in the business! The hammered brass and overall construction evokes a classical time, the charm of pre-industrial America when hand-crafted objects were valued as individual works of art. Our trademarked SFR medallion derives its curvy letters from the turn of the twentieth-century logos of the time and is a throwback to uniquely American companies emerging amidst technological innovation that would eventually launch America into the world stage.


Coffee has come a long way from the days it was referred to as the “bitter invention of Satan.” The Pope himself, upon trying this mysterious dark beverage in the throes of 17th century Europe, thought that a bit dramatic and decided that devilish or not, it was delicious and thus might as well be “baptized”—i.e. embraced wholeheartedly.


The San Franciscan Roaster learned from its predecessors and surpassed them with unique American ingenuity that birthed something new, better, and more durable. Despite the increasing reliance in technology and digital data for roasting, the San Franciscan Roasters remain true to the roots of the craft, supporting the individual creativity of the roastmaster.


Man and machine don’t have to be at odds; together they can form a partnership to create something greater and with a higher purpose. Our higher purpose is making beautiful machines that contribute to and improve the art of making a premium coffee beverage.