Changes at Tacoma's Manifesto Coffee: an Interview with Jadin Bulger 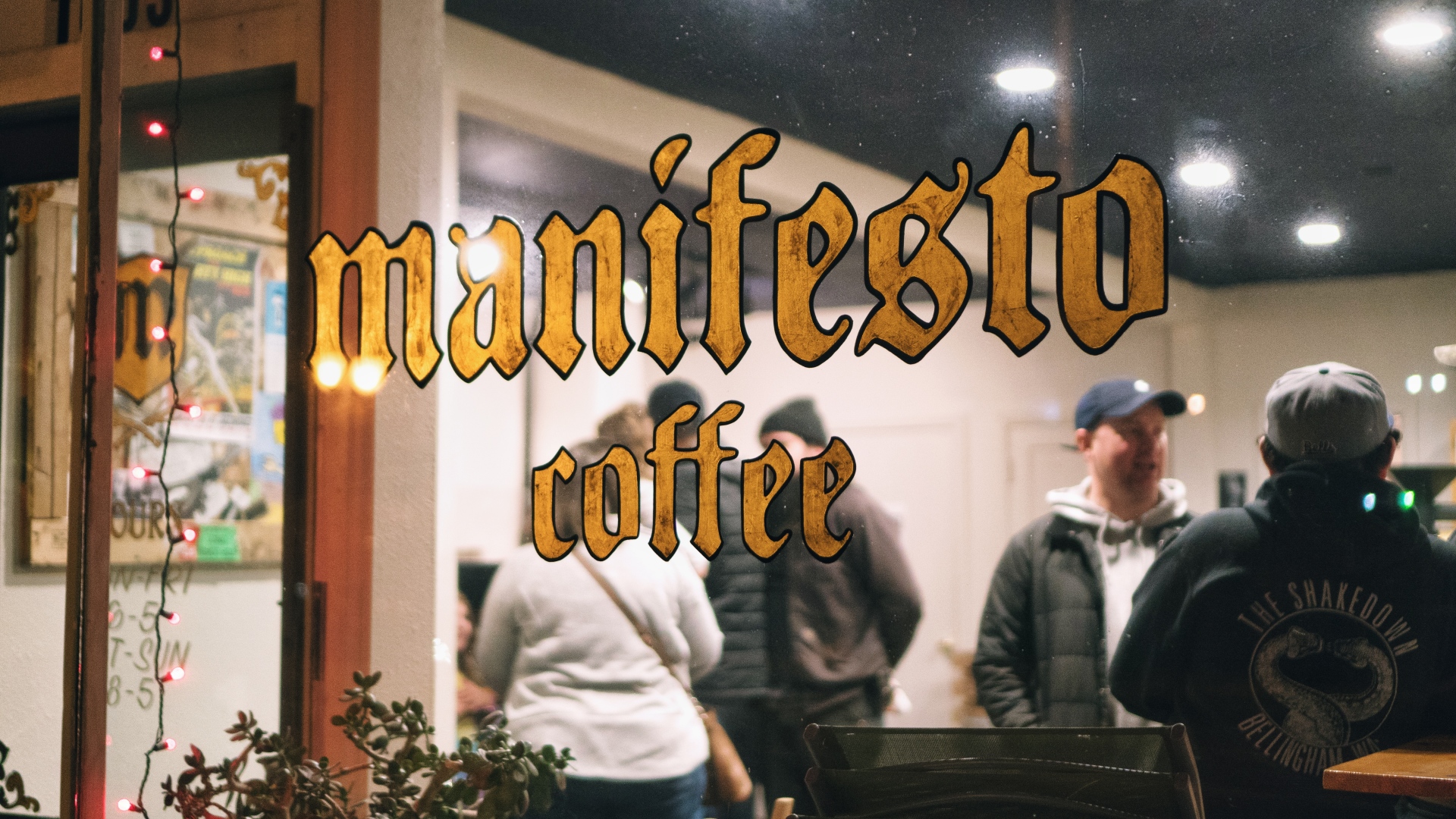 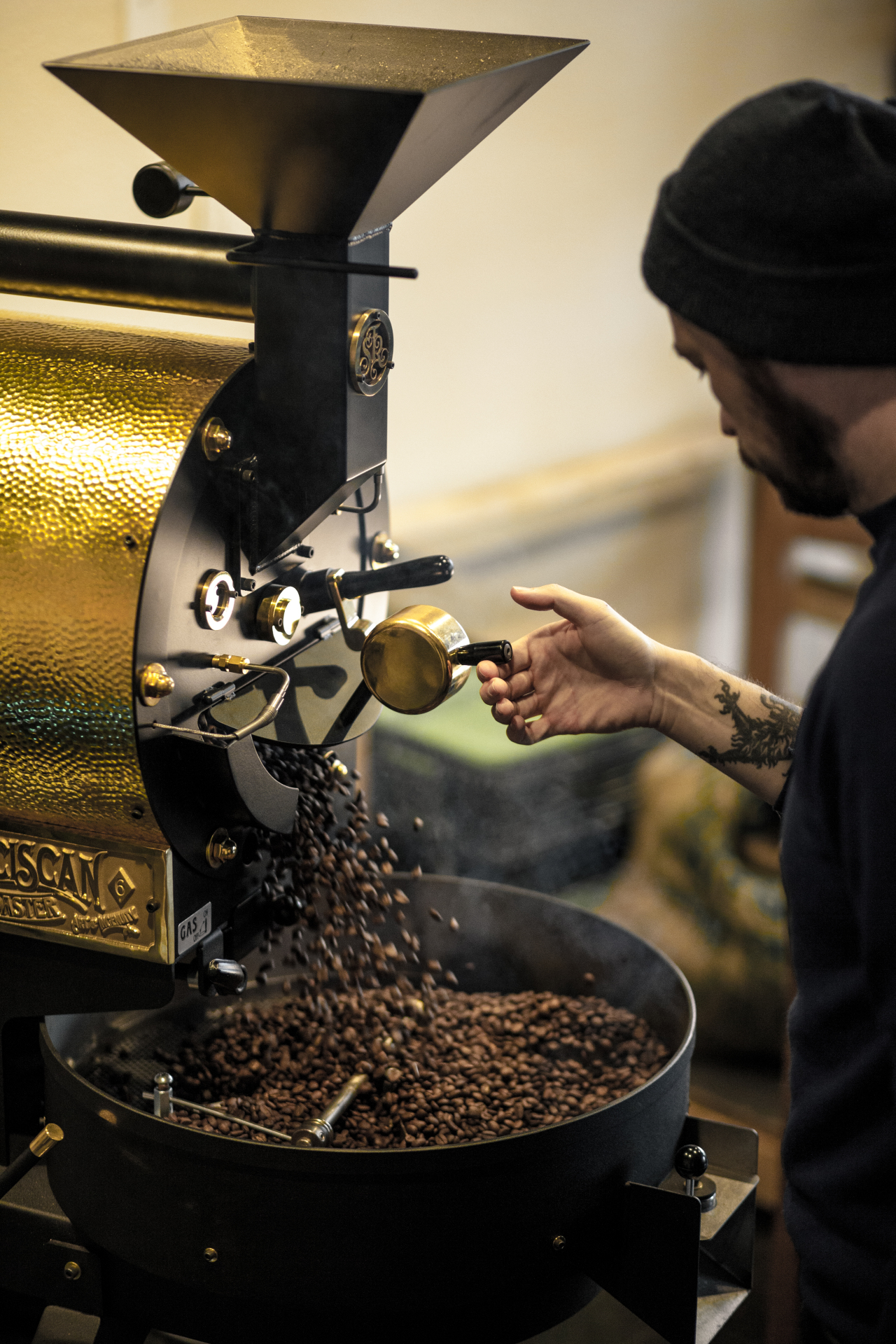 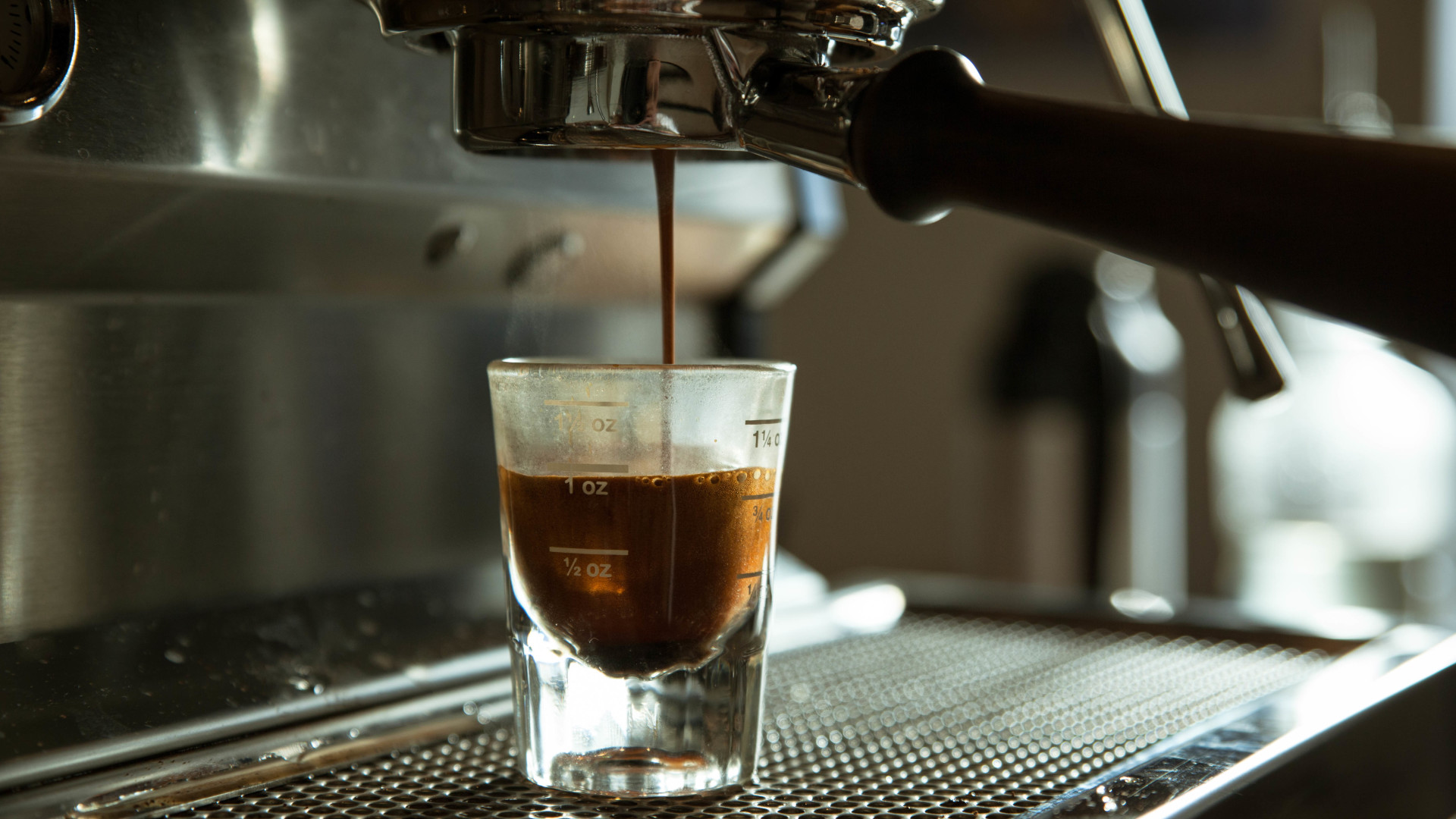 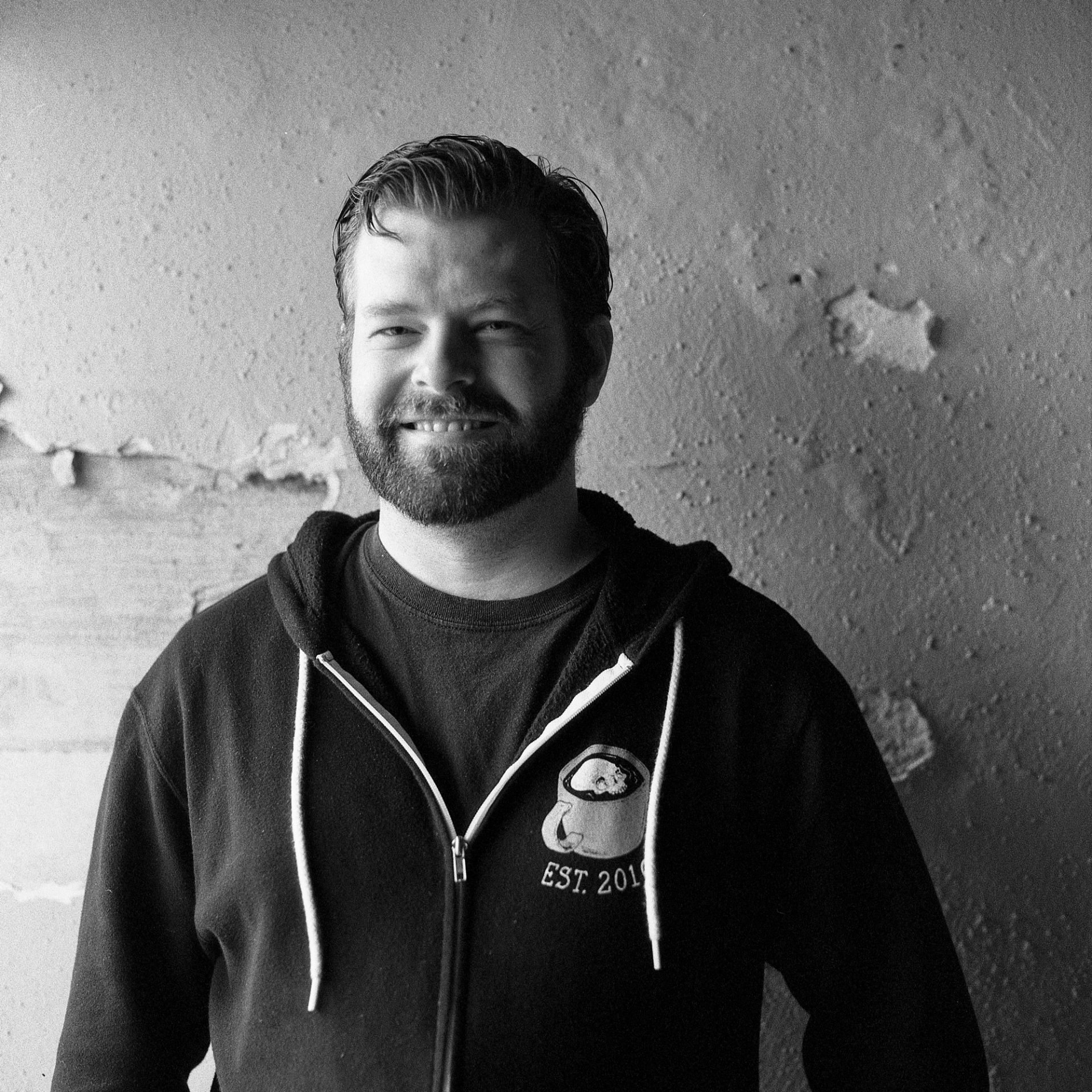 Although new to Tacoma's industry, business has been booming for Manifesto Coffee.  The company, opening less than two years ago, is already expanding their business in Tacoma's Hilltop neighborhood.  Their space, a cozy dwelling for locals, has just a few seats, and their walls are covered in friends' artwork.  They offer the essential, specialty beverages along with a few unique options, such as the cola syrup, made by craft bartenders from 1022 South J bar.  100% owned and operated by a group of four friends, Manifesto is a team effort that clearly shows the dedication and passion behind their work, whether it's an Instagram post, a cappuccino, or a bag of their organic roast coffee.

I talked with Jadin Bulger, co-owner of Manifesto Coffee, to learn more about their growth and expansion.

Interview has been edited for clarity.

I saw that you have 4 different owners – how did you guys all get together to open this business?

It started off with my buddy Israel and myself.  We’ve been friends forever, our dads were best men in each other’s wedding, so we’ve always been around each other all our lives.  I came in, and he was roasting for anther company.  I was like, “Man this stuff is really cool, are you ever gonna do this for yourself?”, and he was like, “Yeah that’s my plan at some point.”  And I was like, “Cool, we should think about opening a shop”, and it was kind of a spitball thing.  And then, from that point there was just a moment where I guess it made sense, and he was like “Yeah, I wanna give it a shot”.  We went around, looked for a space.  It was really fast, it was kind of a whirlwind.  It took us four months from the inception of the idea to when we had the doors open.  San Franciscan, obviously, a super-huge part of that, because that was the roaster he was used to roasting on.  Originally, we wanted a [25 lb. roaster] to start, but it made way more sense for the space and the scope of what we were doing to get a [6 lb. roaster].  And now we’re in the realm where it’s like, we’re really close to needing the [25 lb. roaster] so it’s all worked itself out pretty naturally.  At first it was the two of us, and then a few months into the project, before we actually got opened, [Wesley] wanted to join us and be a café manager – we weren’t going to run an espresso bar or anything, we were just going to be wholesale – so he came on, and we were like, “I guess we just make this a little bigger and add an espresso bar shop with the coffee roaster”.  So we did that and then Jack came about two weeks later, and he was going to bring us all the social media aspects and video camera footage – all that kind of stuff – so we picked him up, and that’s the team!

Is this something you all do full-time?

Yeah, Jack runs a little bit of his own video business on the side, but Manifesto is everybody’s baby right now. 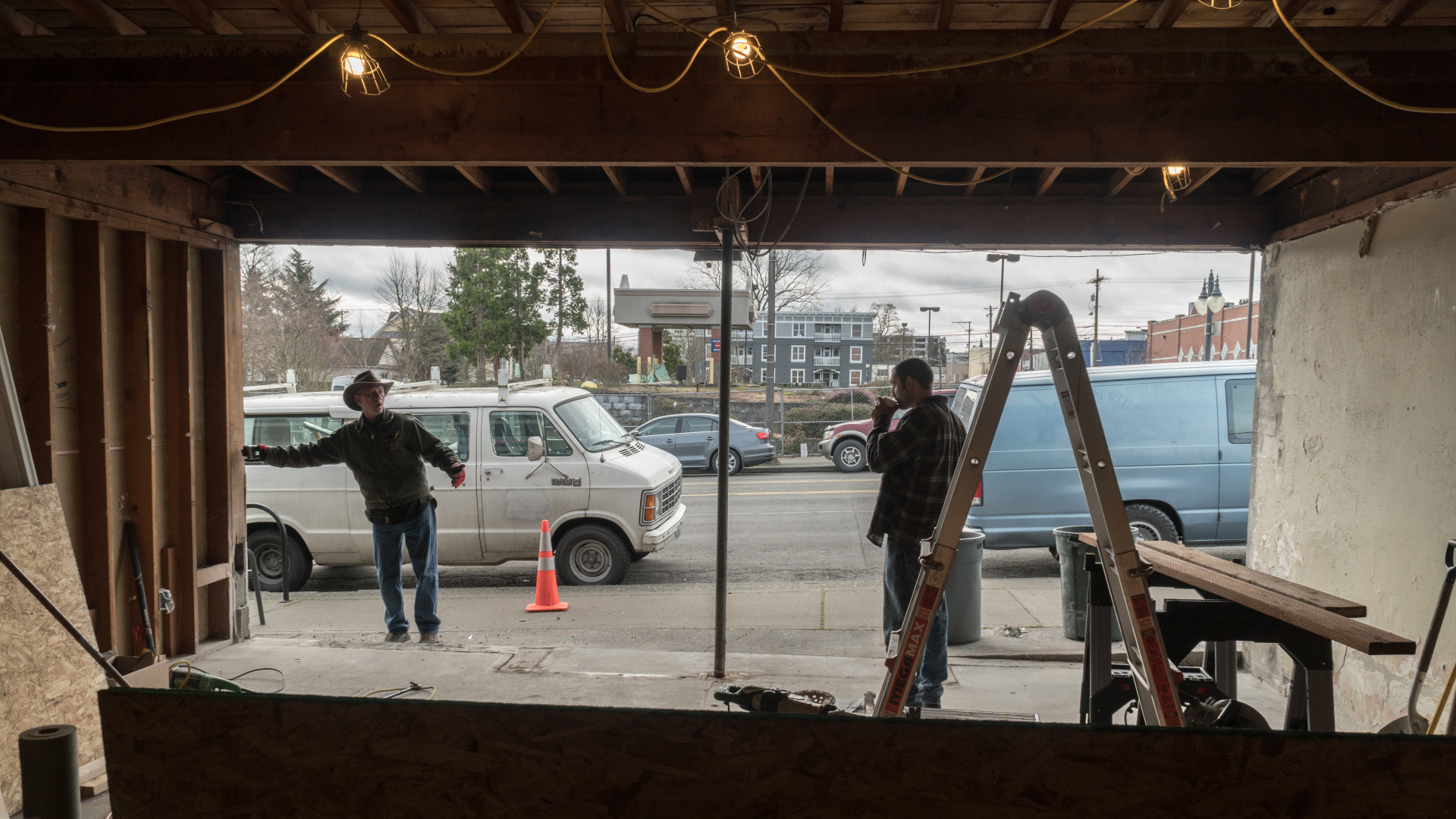 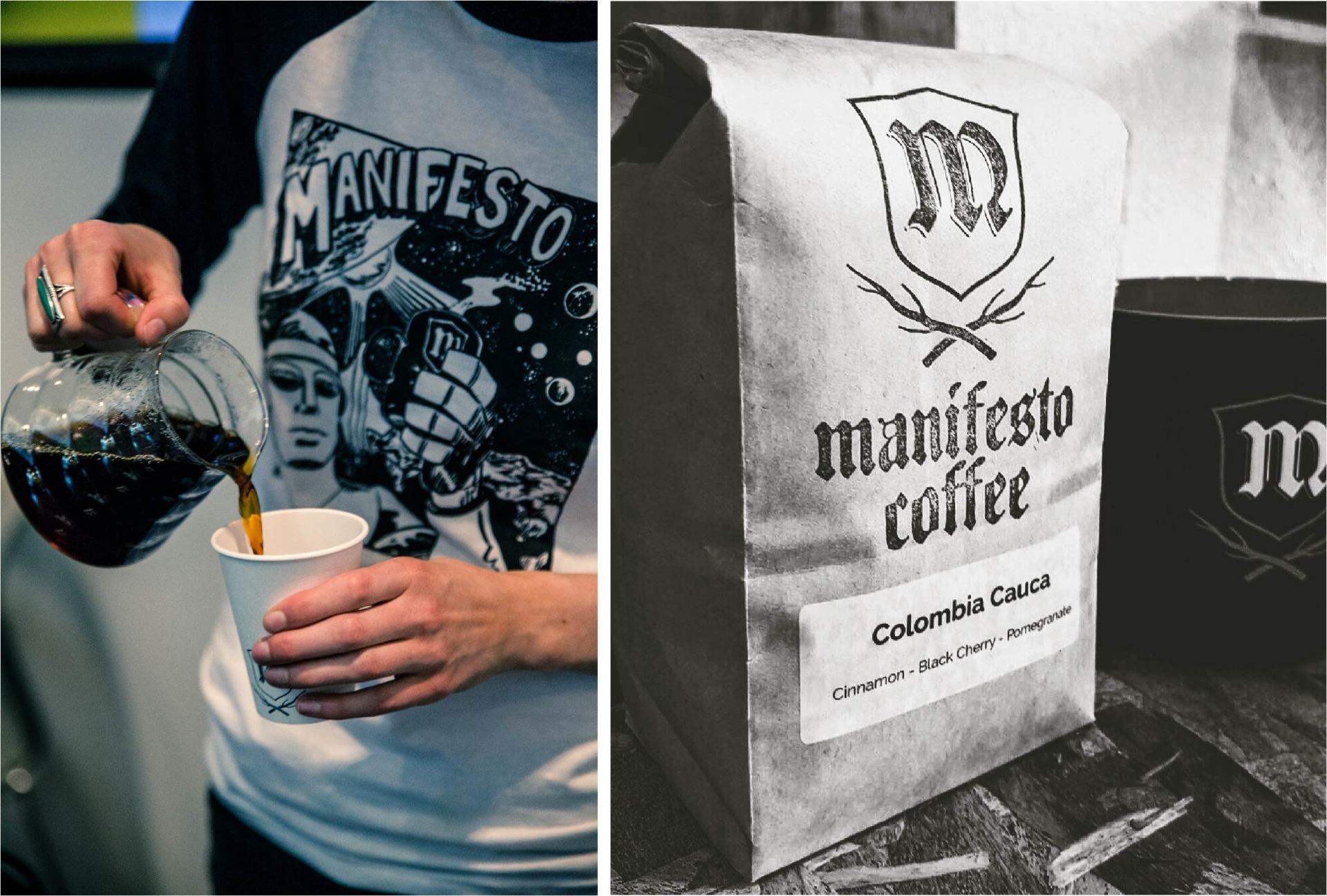 I saw that you’re expanding your location.

Yeah, it took us one year to get to the point where we were like, “Oh we’re going to need more space”.  It’s been about a four-month process to do that.  It’s really close to completion now, we’ve got like, just a few more things to do over there, and then we’ll be in final inspection.  But it will double our space, so we’ll have about thirty-five customers in the space instead of like, thirteen.  And it gives us the ability to put the [SF25 roaster] in here.  We had no way to get it in here without remodeling the building.

What’s the plan [with the new space]?

The bar will go over to the new space, and then the original space will be partitioned out for new production and storage.

How did you come up with the name & branding?

Israel really had his eye on [the brand] being gold, black, and white so the color scheme was already there.  We have a couple of artist friends who helped us dial in what the logo was going to look like.  He had an idea that it would be a crest, and it would look more Old-English, or old in the writing-style.  We used a couple of his tattoo designs to incorporate into the signage, there’s a lion and a few other things that ties it all together.  As far as the name, I guess is was a little bit of a joke, but maybe not?  When Israel talks about a thing, or when he figures out how to do a thing, it’s kind of like a manifesto.  It’s like, “I’m doing this thing, here’s why it’s this way, here’s why it’s good…”, you know?  He has his reason, and he’s pretty adamant about them.  It was kind of an inside joke on that.  It seems to work, we’re doing really well right now.

What’s been your favorite part of working in this industry and owning a business?

For me, I’ve been in a lot of businesses.  I didn’t start in coffee, I didn’t even have a coffee background when we started this.  It was more, having been an accounts manager for a fairly large company, and I’d done inventory management, accounting, sales…I’d done a bunch of stuff for a fairly large company.  I was like, well all those skill sets apply to what I’d be doing as far as growing a wholesale account, keeping up customer relationships, and making sure the inventory is all handled.  I think the whole idea of being in control of where things go, and I always come back to the same thing, of being able to make ethical and moral decisions as a company.  Every company I have ever been with I’ve butted heads with those issues.  I always feel like people are not top on the priority list, they’re the first things to get sacrificed, and I just don’t see the point.  It’s nice to be in control of how that’s going to go in a company.  It definitely makes it more worth it when you can go home at the end of the day and it’s like, “wow, I don’t regret anything or feel bad about anything that I was a part of”.  I can’t say that’s been true of any other place that I’ve worked.  That’s probably the #1.

What’s next for Manifesto?

I think we’re just looking to settle into a larger space.  We’re already busting at the seams right now so we kind of need it.  I think our plan is just to grow the storefront, figure out what that’s going to look like, and then of course get the [SF25 roaster] in here.  That’s like, our next big goal.  We have a lot of irons in the fire.  Our website just got finished, and we can ship anywhere in the US now, and that’s starting to happen.  We ship to Texas, Ohio, Iowa, different places, so there’s starting to be a customer base not in Washington which is kind of cool.

That’s a good one.  Probably the Sidamo.  Everything we do is a single-origin, it’s all free-trade, organic.  It just pretty much tastes like blueberry pie.  You get it on the smell, you get it on the taste, it’s really strong.  That’s what I do as a French press at home right now.  We did it on espresso for our anniversary blend.  We had our one year, and we were like, “let’s do something special”, so we went and found Sidamo.  We just did one bag, so we had 150 lbs. and that was it.  We got done, and there was this really weird acclaim that it had, everyone wanted it, so we put it in the rotation.  We even incorporate it into our espresso.  Before we had a Yirgacheffe, and we swapped them out, and everyone thinks it improved the flavor profile of the espresso.

Anything else you want me to know about Manifesto?

The only other thing we’d probably want to add is our entire business is pretty much due to the fact that Israel learned how to roast on a San Franciscan.  That is pretty much integral to what our success is, we believe.  We’re pretty appreciative.  Every time we’ve had an experience with San Franciscan, it has been positive.  We’ve had times when the motor broke on the weekend, and [the company] responded immediately, and we had a motor Monday morning.  We’ve had a couple of challenges, and it’s always been a very pleasant experience doing business with [The San Franciscan Roaster Company].

Manifesto Coffee will be pulling shots at our Expo booth on Friday, April 20 from 3-4 PM.  For more information on Manifesto Coffee, visit their website, Instagram, and Facebook. 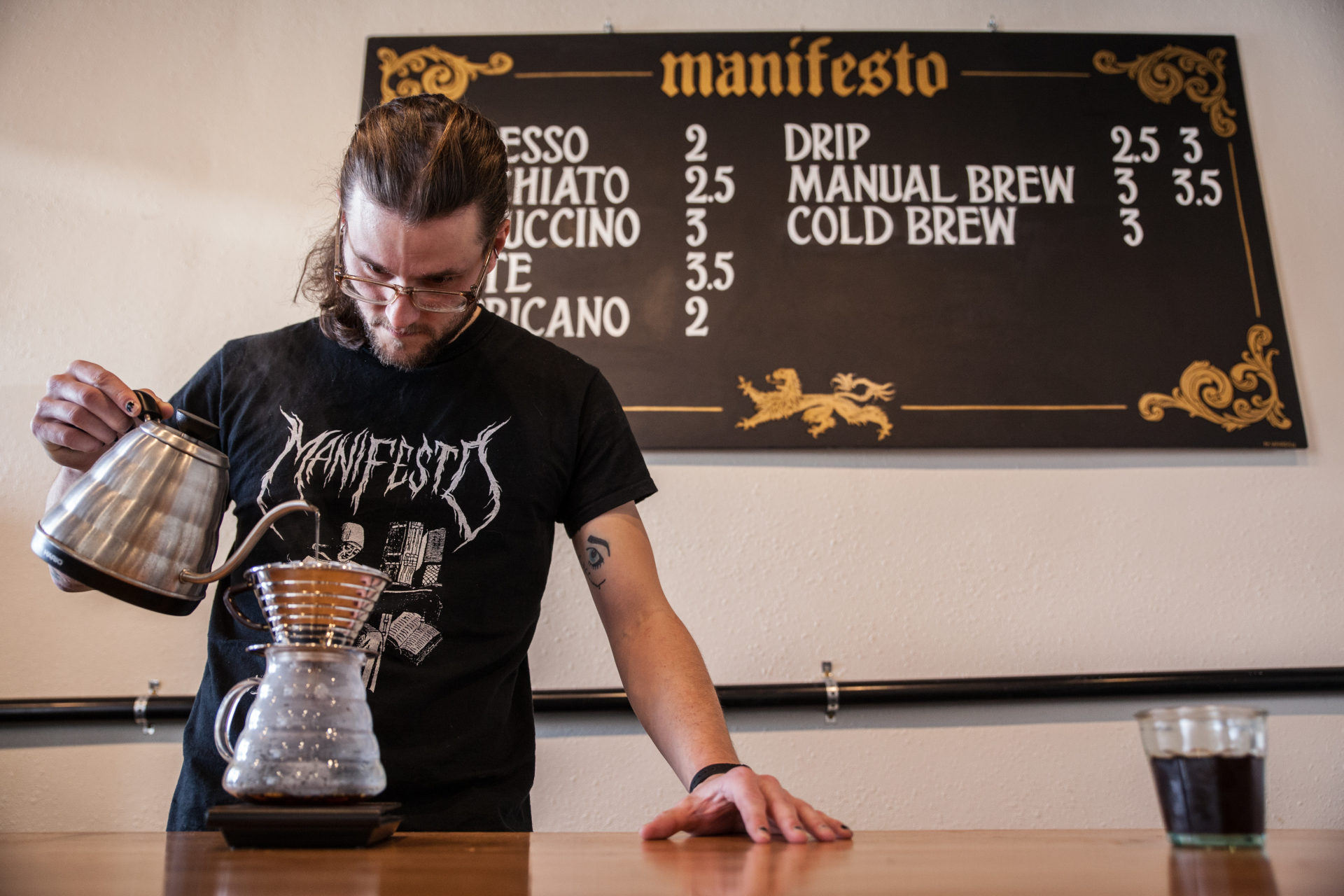 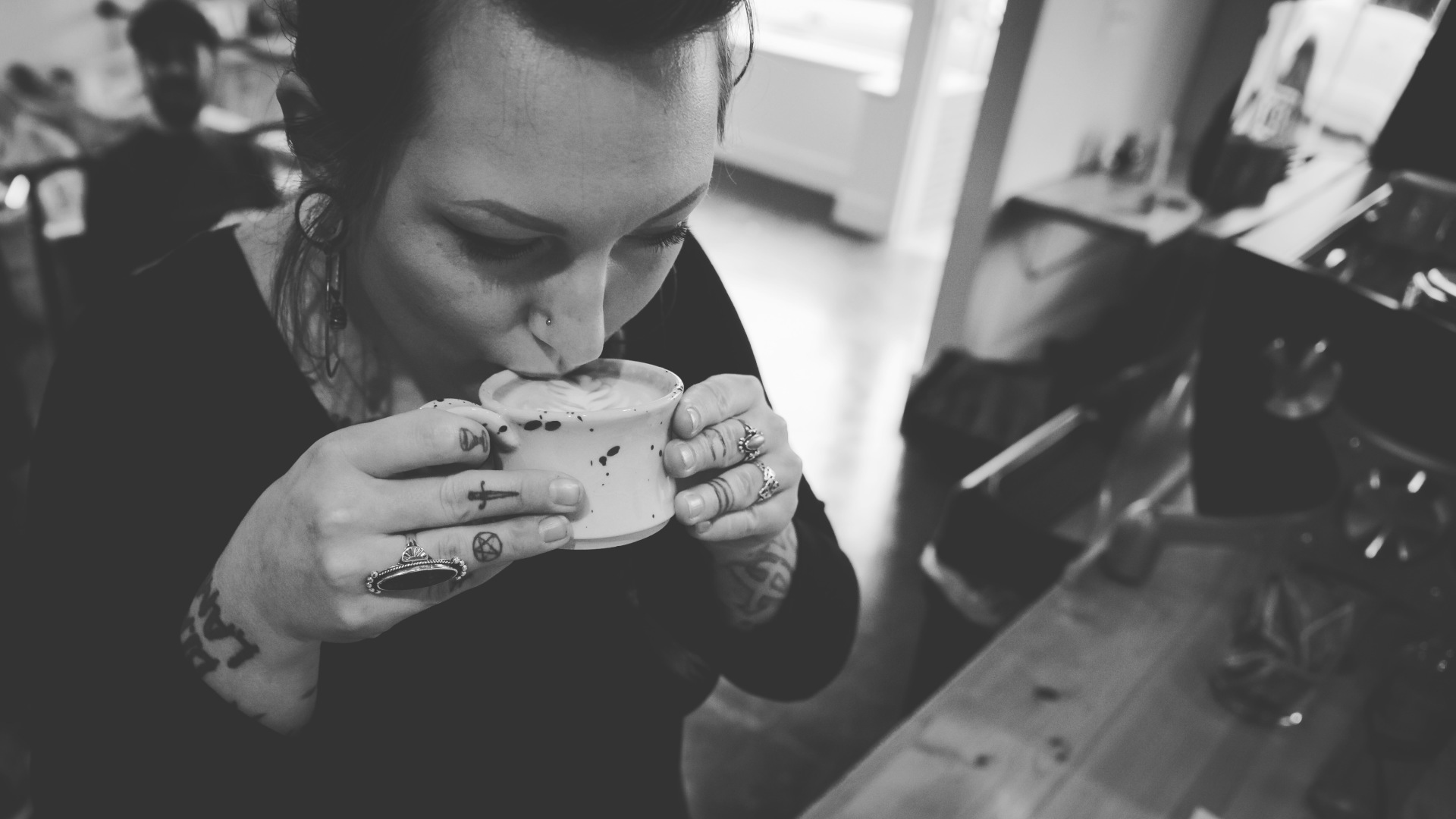 All photos courtesy of Manifesto Coffee.