Summit Coffee is Taking Things to the Next Level: an interview with Matt McDaniel 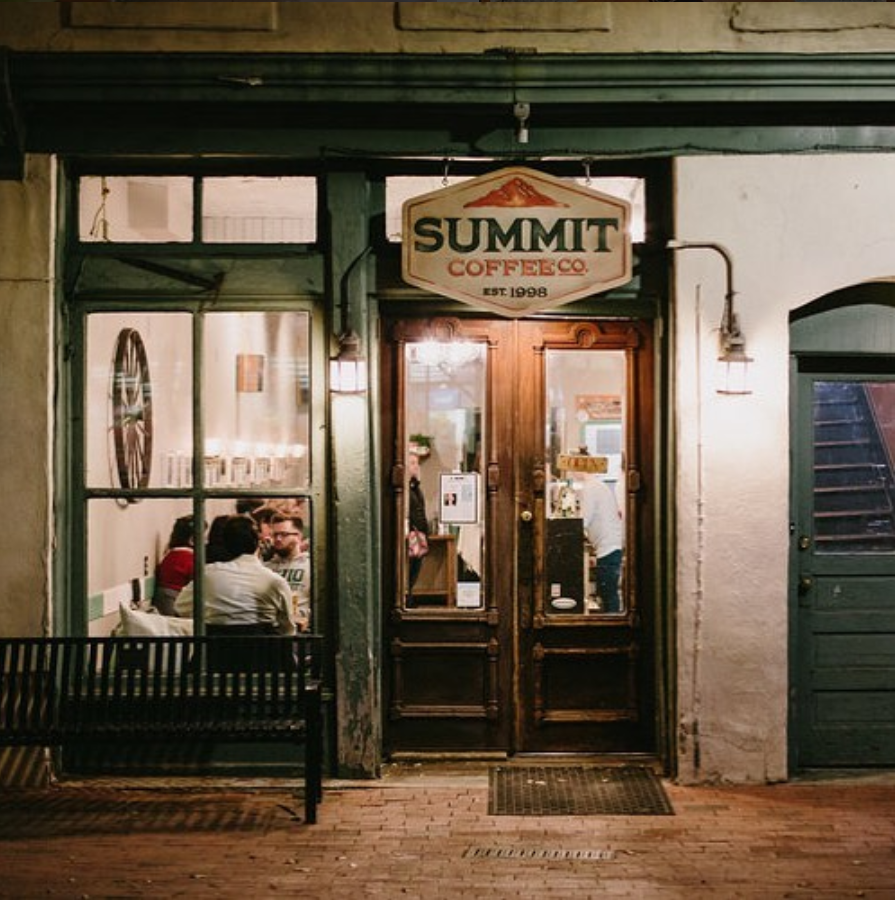 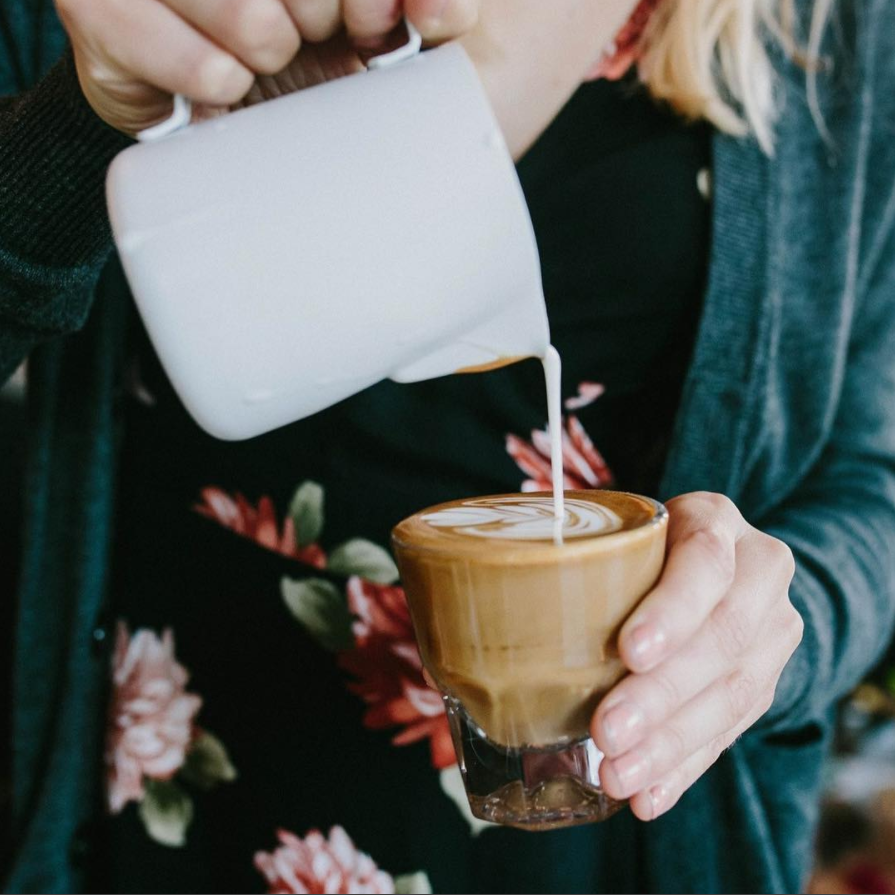 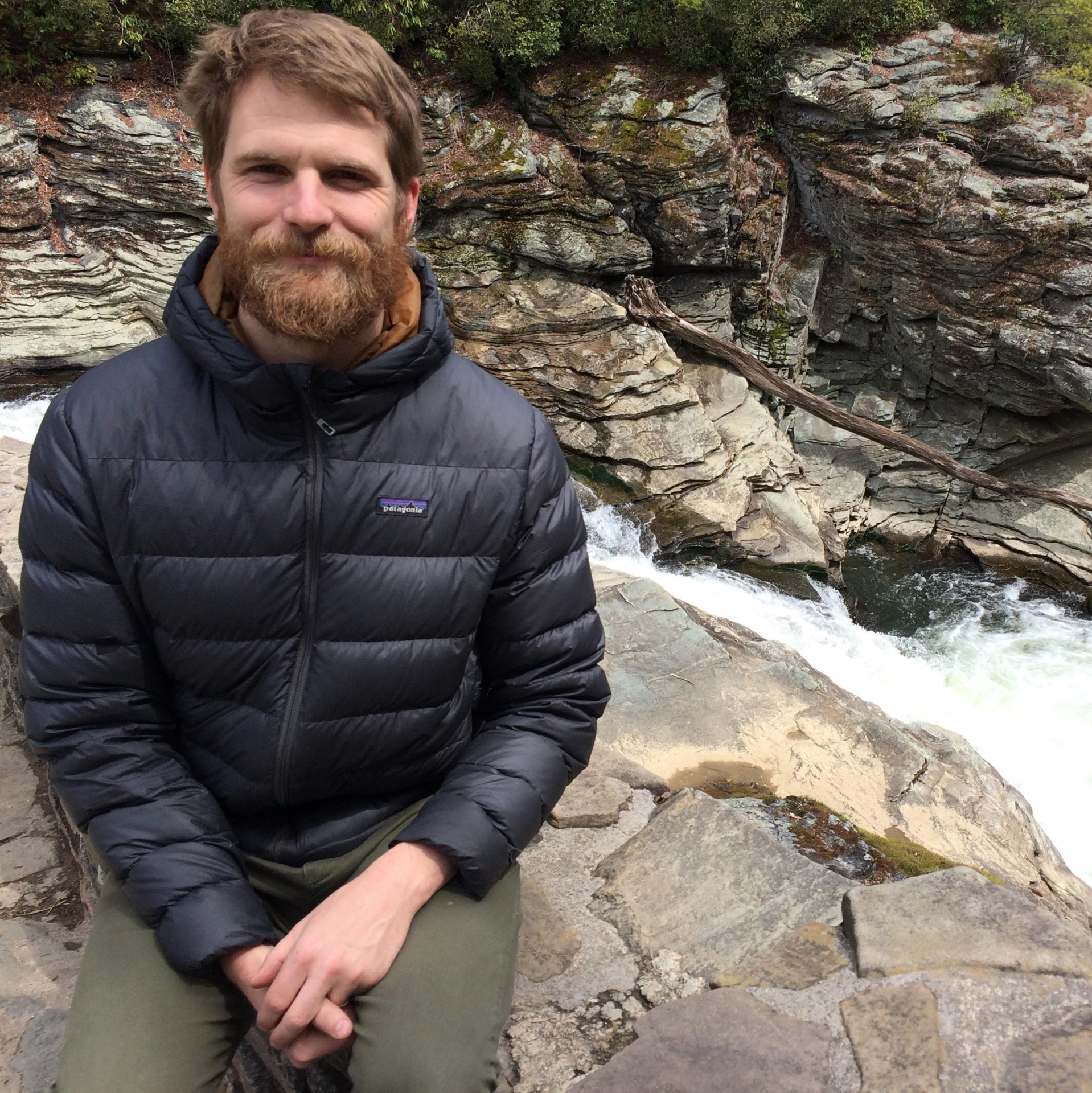 On Main St. in Davidson, North Carolina sits the original Summit Coffee.  Since 1998, Summit has resided on this corner in a 19th century two-story building with a green, wooden frame around the doorway.  If you walk around the side, you’ll see a large brick wall with a colorful mural and customers lounging with their coffees.  Summit has left a large impression on this community.  They now own four locations and a roastery.

Transitioning from a second-wave to a third-wave coffee shop can be incredibly challenging, but Summit has been able to do it with grace.  Since opening their roastery about four years ago, the company has remained committed to sourcing organic coffees from micro-lots around the globe.  They have perfected their craft and have managed to change North Carolina’s coffee industry in the process.  I talked to wholesale director, Matt McDaniel, to learn more about Summit’s growth.

This interview has been edited and condensed for clarity.

Can you tell me a little about Summit Coffee?

Summit started as a coffeeshop in 1998 on Main Street in a Davidson, North Carolina.  Davidson is a college-town with a very small liberal arts college.  It was just a shop for a long time, and we bought wholesale from another company.  About four years ago, we started roasting.  A lot of that was due to our owner, Brian.  Brian’s brother, Tim, had owned Summit previously, and Tim brought Brian [into the company] in 2012 to be a little bit more entrepreneurial with the business and think about smart opportunities for growth.  That kind of started us on this journey that eventually led to us roasting and becoming a fully-fledged coffee company instead of just a coffee shop.

How do you think that Summit Coffee has changed the coffee industry in North Carolina?

I first became involved in specialty coffee in 2004, which was still a long time ago, but I’m trying to think back to where things were in ’98, and it’s like the dark ages.  I think that we were so comfortably second-wave for a long time and kind of epitomized the old-school coffee shop.  It was between 2012 and 2015 where we really started to think about what was happening in coffee on a broad level and wanting to be a shop that was competitive in terms of quality objectively and not just in relation to what was happening around us.

I actually used to work for Counter Culture Coffee, and I was a customer support rep for them for a long time.  One of my accounts was this awesome shop in Davidson that was making really big strides and working to focus more on quality and start using single-origin espresso, trying to take things to the next level.  I became so impressed with Summit, I was looking for a way to work with them directly.

What is your approach to coffee?

First of all, that it’s important to be community-minded and to really view the experience of coffee as a social experience.  It’s not something that’s happening in a vacuum, it’s something that is often shared with friends or loved ones.  Taking that community approach of originally being from a small, tight-knit community and then expanding that into the way we source coffee, in creating strong relationships with the importers we work with, and even sometimes more directly at origin.  With wholesale relationships, it’s the same thing.  It’s founded on trust and relationship, it’s a true collaboration and partnership.  It’s not something we view as a transactional engagement, it’s something that we really strive to carry forward in a personal and human way.  Related to that, you can achieve great coffee, and coffee can be fantastic without alienating people.  I think one thing that we really aim for is to be accessible while maintaining the standards of quality that we think are important.  A lot of people don’t get specialty coffee yet, because they haven’t been exposed to it or it hasn’t been explained to them in a certain way.  Through our education and engagement, that’s something that I’m always aware of.  How can we help people make sense of what we do, so they can connect to it.

There’s a snobbery to the industry that turns people off but could be used as an educational opportunity.  I think that’s becoming more important in the industry.

It’s so important.  It’s an opportunity to meet them where they are, and then help educate them in a way that is not snobby.  If someone says, “Do you have a dark roast?”, they’re not necessarily talking about roast profile, what they’re actually talking about is a flavor profile.  They want something that is chocolate=y and nutty, with some sugar-browning characteristics and is not super fruit-forward or citrus-y or floral.  I think then, I’m able to know where they’re coming from and choose a coffee that is going to meet their needs.

We’ve really taken a page out of the craft beer industry’s playbook, because beer is something that, until recently, not a lot of people were aware of.  I’m based in Asheville, and we have a huge craft beer scene, and everyone drinks these beers.  The companies themselves have done a great job at being accessible, and people are able to experience beers that don’t taste like the Miller High Life or PBR that they might have grown up drinking.  It’s offering new experiences to people that are outside their comfort zone, but then helping bridge the gap. 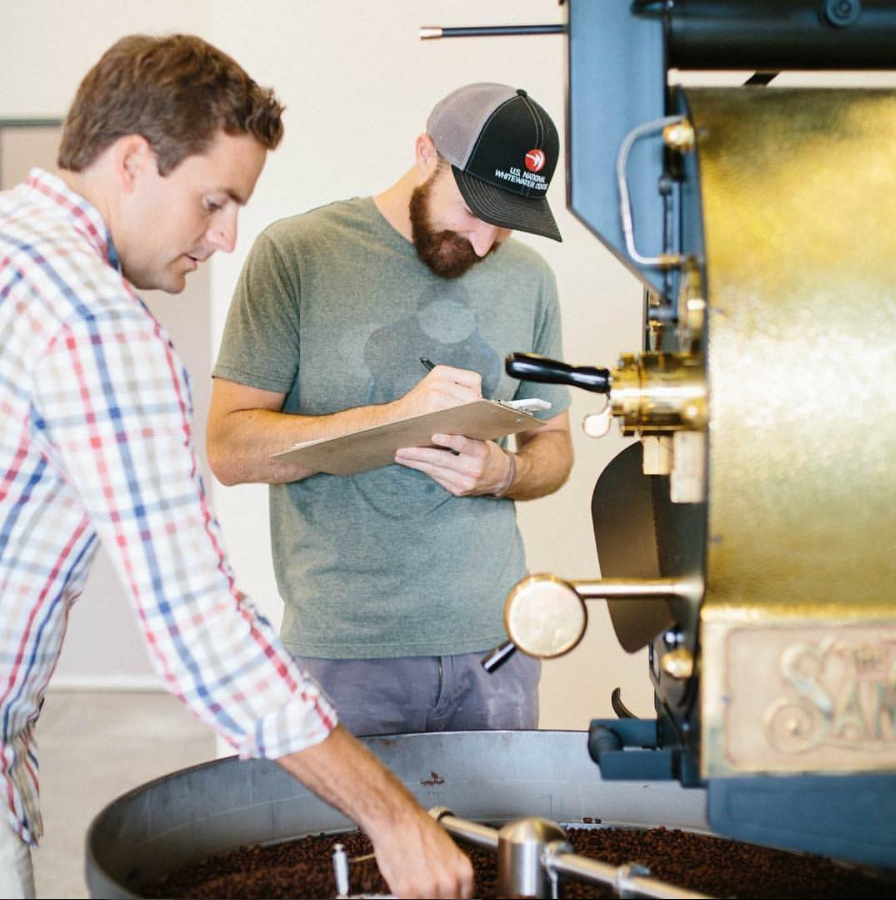 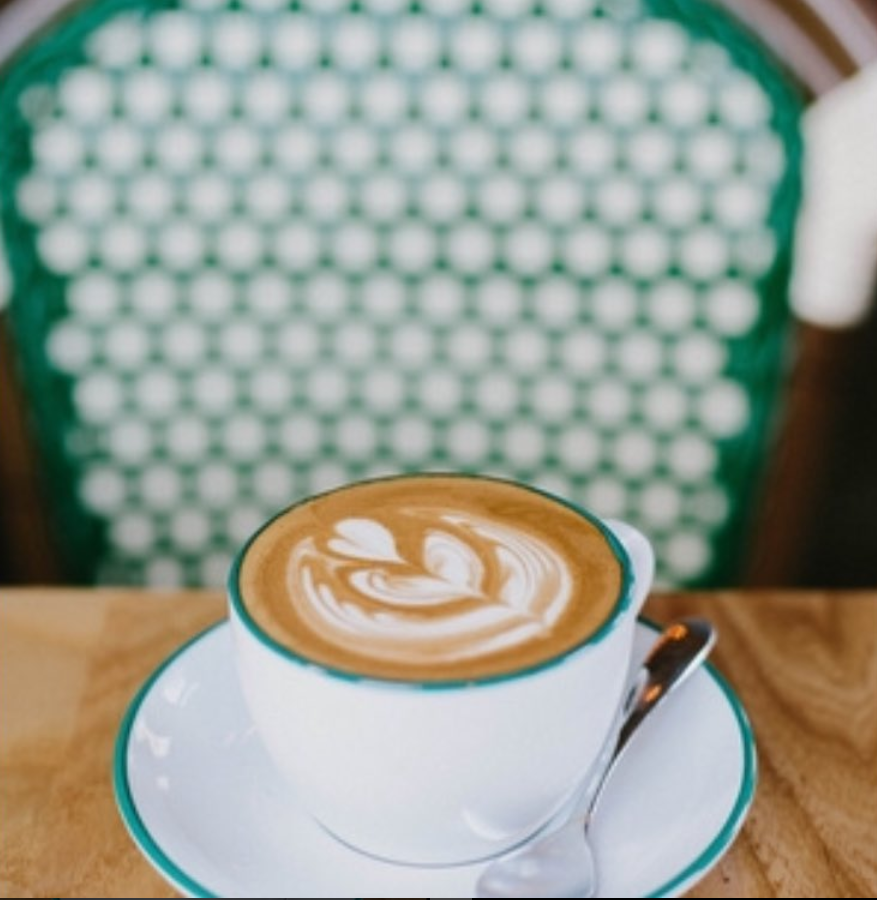 What were you doing before coffee, and how did you get started in the industry?

I started working as a barista when I was 18.  I was a week out of high school, and I knew I didn’t want to go to college immediately.  I walked into a shop in my neighborhood in Atlanta called Octane.  We didn’t even know what third-wave coffee was at that time, but it was kind of the first independent coffee shop in Atlanta to make a big impression on the community.  I pretty quickly fell in love with the craft aspect of coffee.  We were a Counter Culture customer there, and I ended up working there until 2011.  I basically grew up there; from 18 to 25 working behind the bar, seeing my regulars, and seeing the WBC in Atlanta in 2008 which was a huge eye-opening experience because suddenly, all these international barista champs were ordering espresso from me.  I had to make sure the ristrettos we were making at the time were good enough and dialed-in for them.  It’s been a journey.

After Octane, I took about two years off from coffee, and I lived in Brazil for a while.  I did some traveling, finished school, and then ended up moving to Durham, North Carolina.  It wasn’t long after that I got a job at Counter Culture as a customer rep for 3 ½ years until I came to work for Summit.

What has been the most rewarding part to you?

For me, it’s exploring all the different aspects of our supply chain.  I love that coffee is inherently an international product, and that there’s so many links in that chain to get coffee from seed to cup.  Just by participating in this industry, you are participating in this inherently beautiful, mysterious, complicated process that so many people are involved in.  When I brew coffee, I think about what it took to plant those trees and take care of them long enough to start producing.  To harvest that coffee by hand, fermentation, wet-mill or dry-mill processing, then getting that coffee to a port and exporting it and importing it, and all the logistics that go into that.  And then roasting that coffee and getting it to customers.  And the barista that’s the last link in the chain who’s actually preparing a product and giving that beverage to an individual.  I love being a part of that, I think it’s totally magical.  Zooming into my own role in that, being able to work with human beings on a very human level, having real relationships and interactions that are essentially mediated through coffee.

My favorite is a Colombian coffee called El Tambo.  El Tambo comes from an all-female producing cooperative.  I love that aspect of it, but I also love how it tastes.  It has delicate brown sugar sweetness, nice apple acidity, a clean body, and a really clean finish.

Anything else you’d like to say about Summit Coffee?

We are going to be at SCA brewing on the San Franciscan brew bar in addition to Café Imports and La Marzocco.  I’m really looking forward to being in Seattle and at Expo! 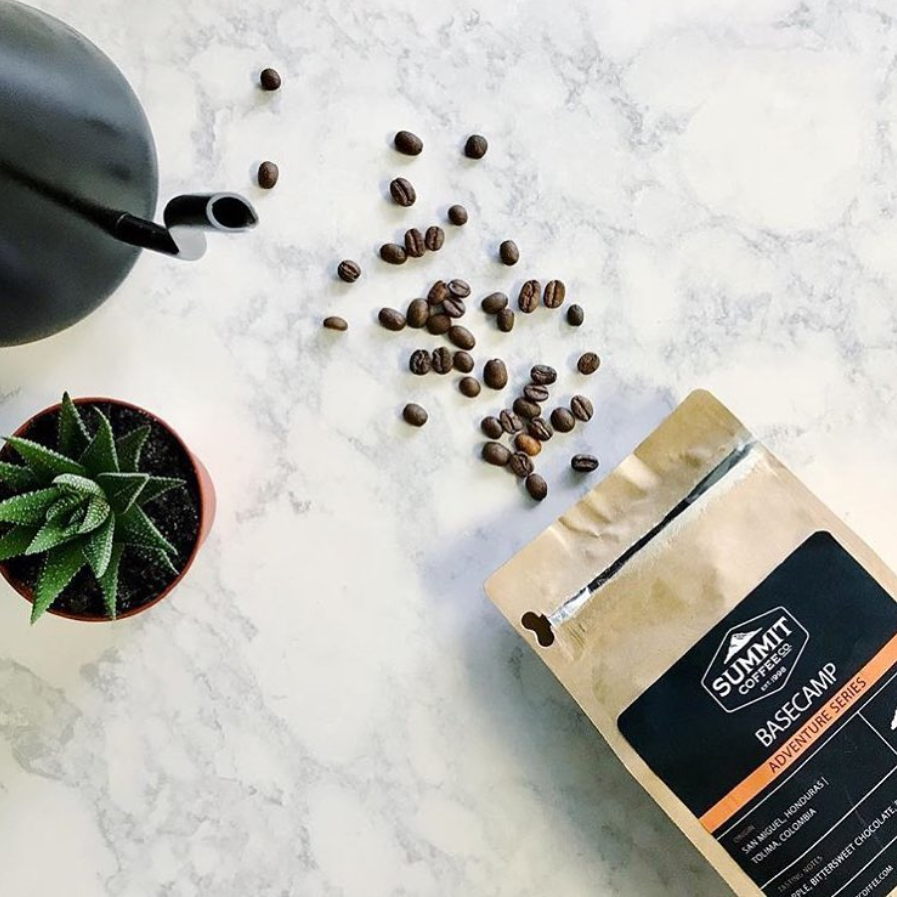